LOOKING FOR A WAY TO SELL SURPLUS INVENTORY & ASSETS?

Liquidating Assets From a Business: What Does It Mean? 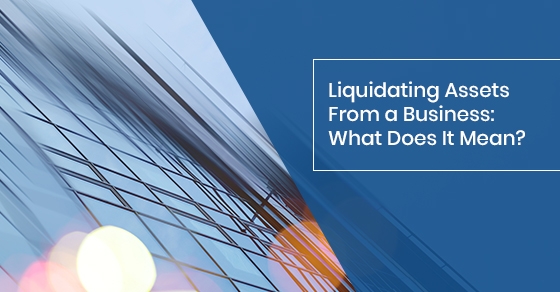 Many people will turn to the news and hear stories of small businesses, or even large businesses, having to liquidate their assets. Moreover, some may need to do so due to the proceedings of a personal insolvency case, while others may need to liquidate their corporate assets due to abject financial failure. In any event, the liquidation process may be foreign or intimidating to some, so we will try and explain the liquidation process in Toronto in greater detail.

Why do businesses liquidate?

When a company is in financial turmoil, then it will need to find a way to get itself back in the black in order to stay afloat. For instance, some companies that are unable to pay their bills may turn to investors to obtain funding. Others may turn to unconventional or archaic sources to raise funds, such as via invoice financing or banks.

Yet another viable option for many companies is to try and sell off assets from the business that are not considered essential for its day-to-day operations. Such items can be sold quickly to generate revenue that can be directly infused into the company as a form of working capital so that the company can continue to trade as usual. Hence, when a company sells a business asset to generate capital, it is known as liquidating the asset.

Liquidating Due to Insolvency

Corporate insolvency refers to a business that can no longer afford to pay its debts. Moreover, the business will be legally required to act in the best interests of those that it owes money to (i.e. creditors).

In addition, if the enterprise in question has no realistic chance of returning to a state of solvency—and has no impending payments due—then it will be prohibited from trading. The business’s directors will then need to seek the legal counsel of a local insolvency connoisseur in order to help guide them through the rather harrowing insolvency process.

Furthermore, in many instances of insolvency, the insolvency experts may recommend that the company close its doors and that it liquidates all of its corporate assets via the liquidation process.

In regards to the assets that can be sold, they may involve virtually anything that has a market value, including, but not limited to, fittings, vehicles, machinery, fixtures, property, and even the plant itself (if applicable). Interestingly, if there is any cash left over after all of the company’s creditors have been paid back in full, the money will be distributed to its respective shareholders.

What is involved in liquidation in Toronto?

How an insolvency practitioner goes about liquidating the assets of a business may differ depending on the situation at hand. For example, the process may be different based on the type of assets that are to be sold, as well as the urgency level, in regards to how quickly the funds need to be obtained.

To further illustrate, if there is no immediate urgency involved, then most insolvency practitioners will try and get a better price for the goods by taking the time to sell them to the highest bidder on the open market.

However, if the assets are specialist, or if the funds need to be generated without delay, then the practitioner may opt for an auction instead. Regardless of the actual process used, the one constant thing is that the assets will be fairly and professionally appraised so that the creditors involved will get the best return possible.

Selling Assets in an MVL

A Members’ Voluntary Liquidation (MVL) involves the liquidation of assets of a company that is not insolvent. For instance, a company may decide to close its doors voluntarily, because the owner wishes to retire, or they have simply lost interest in the business, even though the business is currently profitable.

However, the actual liquidation process is the same as that involved in an insolvency-based liquidation, meaning an insolvency practitioner will be appointed to govern the proceedings.

A company that is insolvent many need to pay back a myriad of different creditors. For example, they may owe money to several financial institutions, including traditional banks, as well as their workers. In addition, the business may owe money to the government and suppliers as well. In regards to the payment hierarchy, the money that is raised via liquidation of the company’s assets will first be distributed to the company’s creditors that have a fixed charge.

In sum, once the liquidation process has ceased, a report will be sent to all of the business’s creditors. The report will provide complete details on each item that was sold, as well as how much each asset was sold for. Lastly, the final report will also outline how the money was distributed, as well as indicate the fees and costs of the liquidator.

To learn more about the liquidation process in Toronto, or to obtain the counsel of a licensed and bonded liquidator, please visit Michaels Global Trading, call us at 888-471-5066 or visit our website.

Marlon McPherson is the CEO of Michaels Global Trading, certified appraiser and liquidator in Toronto, Ontario. With over 7 years of experience in the industry, he has worked with companies such as Druxy’s Deli, Blackberry and Thomson Reuters. Marlon is very involved in the day to day operations of MGT from marketing messages to sales meetings. When not working Marlon enjoys spending his time wine tasting, travelling and cooking at home with his family.